Shannon Peterson holds a Bachelor’s degree in Secondary Education from Eastern Michigan University. She spent 16 years teaching both middle and high school.  Shannon taught from 1990-1994 at Divine Child High School and from 1994-2006 at Lowrey Middle School in Dearborn.   She received a Master of Arts degree from Eastern Michigan University and an Educational Specialist in Administration and Supervision from Wayne State University.

During her 16 years in the classroom, Shannon served as a teacher leader in multiple capacities.  She served as school improvement chairperson, department chair, strategic plan co-chair and Galileo leader. In 2006, Shannon became assistant principal of Bryant Middle School and served as principal from August 2009 until October 2014.

After just over 8 years as a building administrator, she transitioned to central office and focused on instructional leadership in secondary schools and now works with elementary, middle and high schools along with our collegiate programs. From 2015-2018, she supervised the Pk-12 Dearborn Feeder Track.  In 2018, Shannon began supervision of the Fordson Feeder Track.  Since 2015, she has also supervised the collegiate programs including Henry Ford Early College, Henry Ford Early College-Advanced Manufacturing and the Henry Ford Collegiate Academy programs.

In her leisure time, Shannon loves to read, figure skate, sew and spend time with her family and friends.  She has been actively involved with the Dearborn Figure Skating Club since the age of 10 and has co-directed the Crystallette Synchronized Skating program for over 30 years.  Under her leadership, the Crystallette synchronized skating teams have earned numerous national and international medals and have represented the United States in the World Championships five times.  Her husband Eric, works in recreation.  Her three children all have chosen careers in public service. 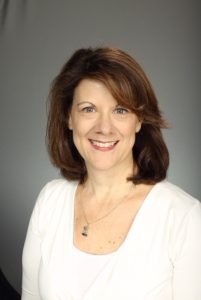